Prettiness and Beauty, and the Difference Between Them 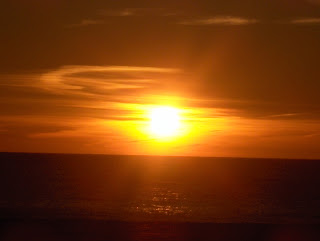 Prettiness is not a degree of beauty. It is a distinct quality, one that few know how to possess, and few to recognize. Prettiness is beautiful, as innocence is beautiful, courage is beautiful, but it is not beauty.. The beauty of a beautiful woman is debilitating. It produces in the normal man the same effect that any apparently impossible challenge will. A sinking of the heart. A surrender. It can only inspire great men to great things. Beauty has caused men to create music and poetry in imitation or homage, it has caused countless acts of bravado, some epic, some heroic, many destructive, it has filled minds to the exclusion of all else, it has ruined characters, emptied pockets and ended lives but it has never caused love. Prettiness alone speaks to the heart, and our humanity responds to it alone. Prettiness alone, the prettiness of the girl in the bar, can make an ordinary man want to go out and conquer Persia. It is not consciouness of beauty that makes us human, but of prettiness. Without it there could be no human love. It is what we are meant to see in our children. It is not the reasoned sacrifice of one soul for another in the name of God, nor the unthinking protection of an animal for its young. We need more than instinct, which we think we can control, and less than the love of God, which we cannot attain. So we have prettiness which can inspire anyone to anything.

Spanish has no word for 'prettiness' as I have described it, and it is  likely that few languages do, which means it is not a concept universally understood, but even so I am prepared to defend my interpretation.
Publicado por The Hickory Wind en 12:11:00 AM

Defend your interpretation? No one in his right mind would attack it because your fascinating piece has nothing to do with dictionary definition, but much to do with your personal usage and even more with your own psychology.

Such things don't need to be defended. Like the shape of one's nose, they just are.

In relation to women, I hardly use the word pretty, but if I did, pretty would imply vapidity: not necessarily in the woman herself, but my response to her attractiveness. Thus Catherine Zeta Jones, in the character she plays in The Darling Buds of May, is pretty.

As for beautiful, I am so convinced that it lies in the eye of the beholder that I don't use it much.

One concept which is surely universally understood is "erotically arousing". Again, I would think but not verbalise (as a married man on a tight leash) but the terms "hot" and "fit" doubtless apply in English slang.

By defend I mean explain more clearly my understanding of the concept, but I also mean that I don't think of it as an entirely personal interpratation, in that I believe there is something real behind it. You own thoughts, however, suggest that I may be wrong, and that the meaning I attribute to the word is purely idiosyncratic.

On the other hand I can't see myself getting poetic about 'hot' and 'fit'.

I completely agree with your last point. I would never use the terms hot and fit which seem to me teenage expressions for teenage ideals of pulchritude.

When you believe there is "something real behind it" do you mean that the same use of the words is shared by others?

Or do you believe that the words are the labels (whether or not your usage is idiosyncratic) for more universal psychological realities?

First of all, it seems to me that if a beautiful woman is not just beautiful in the eye of the beholder, then she is beautiful in relation to the ideal of a culture or ethnic group.

To me, conditioned over the last few years, only the African type of woman can be beautiful. White women can only be elegant, pretty or neither.

But when I see a beautiful negress - almost a daily occurrence - my heart lifts up, not sinks.

I'm rather glad that Spanish has no word for pretty. Do they have a word for cute? French has joli or mignon.