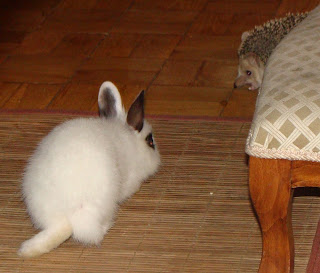 There are some things which I find very hard to understand. Roman Polanski, who has been on the run for many years after being convicted of raping a child, has finally been arrested and is awaiting extradition to the US. His crime is one that most people find horrific and deserving of severe punishment, yet his work has been feted and he himself has received little but adulation over the years. Now, not only the film world and the more general luvvie/liberal tendency, but politicians, including national leaders, are clamouring for his release. It was a long time ago and he is now an old man, and it could be right to, at least, bear these facts in mind, but the idea behind some of the criticisms I have seen of his arrest is clearly that he should be freed because it's the Americans who are after him, or because he makes films and is therefore not subject to the normal rules. This is incomprehensible.

I don't understand how people who think of themselves as leaders or formers of opinion, and claim to legitimately occupy the political or bureaucratic posts they hold, can claim that having two referenda in Ireland is compatible with democracy, whereas holding one anywhere else would be pandering to populism. Call me an idealist but when governments act in accordance with the will of the people we have democracy, and when that will can be freely expressed in the knowledge that it will be acted upon, democracy has triumphed, whatever the will actually expressed. But in the EU (and in other places, too) democracy is when the people want what they are told to want; otherwise it is anti-democratic for their elected representatives to listen to them (and usually the work of 'right-wing extremists'). The Irish have been forced to vote again, a means has been contrived to ignore the stated will of the French and the Dutch, and no one else will be allowed to make their desires in the matter known in a politically embarassing manner (the will of the British people is perfectly well known, which is why Gordon Brown refused to honour his promise).

The sudden change of mind by the boss of Ryan Air suggests that he expects favours from the commission next time he wants to expand his company. The commission used our money to pay for flights to Ireland for people who promised to canvas for a 'yes' side, and also to publish a propaganda supplement in an Irish paper yesterday. These things are against the spirit of democracy, against the rules of referenda in Ireland, against the commissions own rules on these things, and quiet possibly illegal. None of this will bother them, but it ceratinly bothers them when someone who is not an Irish citizen, or is not on Irish soil, dares to manifest an opinion against the treaty. Then it becomes 'unacceptable interference', 'scaremongering', neo-colonialism', 'xenophobia', and the usual abuse and shouting down.

I also don't understand why there is an almost universal assumption that José Manuel Zelaya was illegally deposed by a military coup in Honduras. Without wishing to defend anything categorically, I must say the position of the de facto government is worth hearing. Zelaya acted unconstitutionally by trying to change the constitution to prolong his term. The fear, I suppose, was that he was trying to do a Chavez, or at least a Morales, and that this would not have been good for the country. When the decision of the supreme court was confirmed, Parliament (in which his party has a majority) voted to remove him from office. His removal was carried out by the army because, again under what appears to be a well-made constitution, that is the body to whom such tasks are entrusted. No government or media source that has shown an interest seems to recognize these facts.
Publicado por The Hickory Wind en 10:53:00 PM

Interesting points. Without having studied the matter, I assume that the Polanski business is a political sop to the fundamentalist Right, to rain on Polanski's parade (receiving a special award) when he could have been arrested by the Swiss long ago, had it been requested. If I were the Swiss, I would refuse the extradition request on the grounds of its peculiar timing. If it were a matter of justice merely, the request for his arrest would have been made at the earliest opportunity, not now. If the arrest was to honour the harm done to the victim, then the victim's impassioned plea for the matter to be dropped (to save raking it all up again) would have been taken into account.

Bear in mind that he has already been convicted. What he hasn't done is serve his sentence. It is unusual, to say the least, in the US for the views of the victim to be comsidered at that stage.

Also, he can't be extradited from France, where he lives, and I don't know when he last went to Switzerland, but I think it would not have been so easy to arrest him as you suggest.

Having said that, there is indeed something a little strange about the timing, though if it is really 'a sop to the fundamentalist Right', why is it that the Left trivializes the sodomy of children? The original question stands: why does his crime not matter? There are good arguments to be made for letting the matter drop, but the loudest voices are not makinng them, they are saying that what he has done is not important because of his work in films.

That, at least, is very much what it sounds like, and in all of these cases, I mean that I genuinely don't understand, and would like to know.

"Why is it that the Left trivializes ..."

You asking me? I know nothing about this. I don't understand what's behind your non-sequitur. If you think I am on the Left for having mentioned the fundamentalist Right, you are fundamentally wrong, dear Ingram!

I'm anti both - American left and American right. but a conservative in English terms. Which doesn't necessarily mean that I support any particular policy, but the way democracy is implemented, you have to support one or the other.

A plausible explanation for the Polanski thing? Telegraph article saying it was an "own goal" by his lawyers.

My question 'Why is it that the Left trivializes...' was motivated by your mention of the Right's seeming to want him punished (whereas the Left are more likely to dismiss the matter as unimportant). It chimes with my own observations as set out in the post, which is why I added the question at that point. I didn't expect you to answer it, nor did I interpret your remark as placing you anywhere particular on the political spectrum.

Perhaps it really doesn't matter, having happened decades ago, and, as you point out, even the victim doesn't seem to care any more. Some people's reactions struck me as odd, that's all.

The Telegraph article provides an interesting angle. Given that District attorneys are as human as the rest of us, it's not impossible that they were goaded into action in the way it suggests